Take a little island of 60 square kilometers, just one main road runs around the coast, surrounded by the ocean and with an estimated population of 1174 people.
I decided to go there.
I decided to go there and run .
Reaching Barra is not so difficult but the time the travel takes can vary a lot based on the transport you decide to take.
You can reach Barra in two ways:
– by the ferryboat, starting from Oban
– by plane, yes Barra has an airport, more precisely, has the only airport in Europe where you land on the beach.
Initially I planned to take the airplane starting from Glasgow, just after the Droidcon in London, but I was too incautious expecting that would be easy to find a seat at the last moment, apparently it’s not, so I opted out for the ferry boat.
I spent the night in Glasgow and early in the morning took the train for Oban and there the ferry boat for Castlebay, the main village on the island.
I reached the island around 8PM, the ferry needs about 5 hours, the flight just 45 min, nonetheless I get the privilege to see some beautiful scenarios during the travel, I don’t regret it at all! 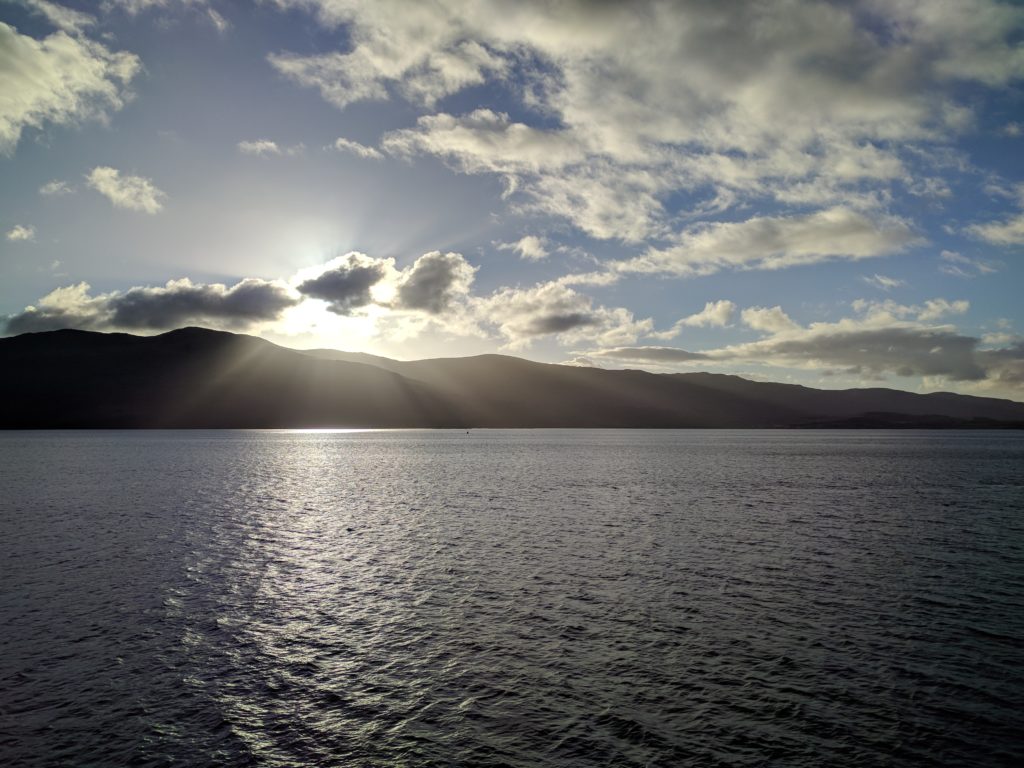 October is not the best month if you want to visit Scotland, why the hell did you go in the Hebrides ?
This is the kind of question most of my friends ask me, to be honest I think was a great month and moment to go, few travelers, best price for the accommodation and the pleasure to run alone without meeting anyone for hours, just me, cradled by the run, immerse into raw lands.
Everyone can have several reasons for going into a specific place, don’t leave the people change your mindset, if you want it, if you feel that’s the right thing to do, you have to do it.
I stayed at the Castlebay Hotel (my room had a perfect visual of Kisimul castle) , I booked for 3 nights but suddenly I extended that to 5 nights without problem (another advantage related to the low season). 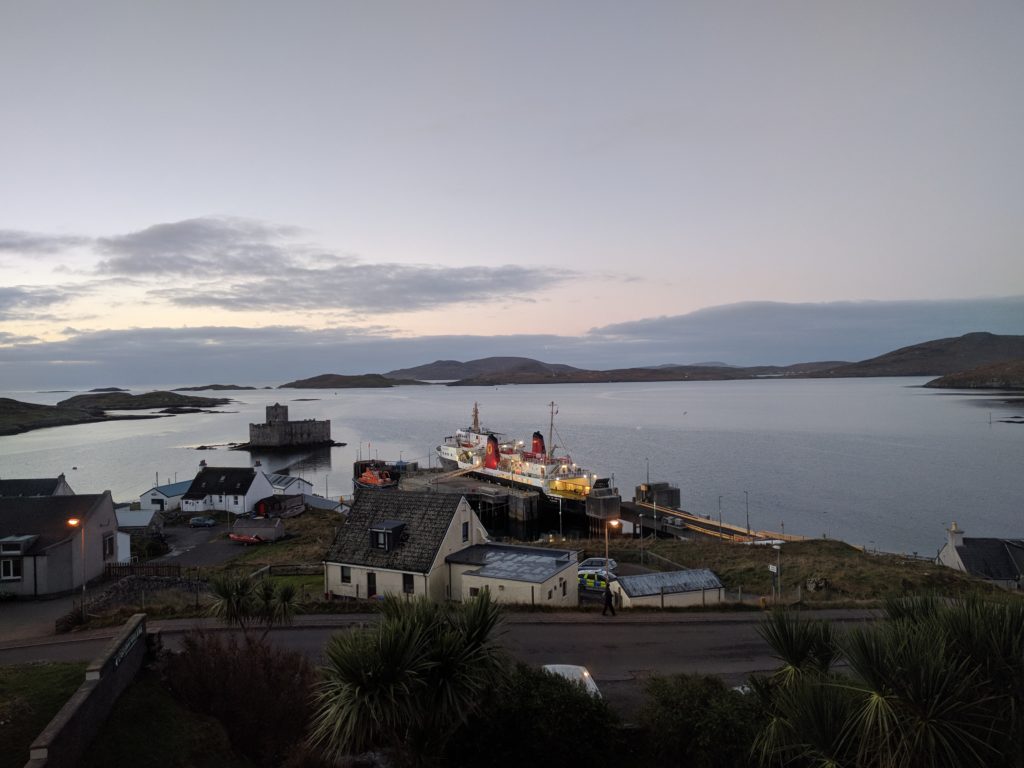 Until two months ago I didn’t know anything about Barra, one night I was reading a book entitled “Correre nei luoghi piu’ belli del mondo” and Barra was among them, every year in June there’s a competition called Barrathon, a half marathon around the island, almost immediately I knew that would be a very nice race to do but then I thought “why don’t spend some days there, why just go for a halfmarathon when you can go and run how much you want, on the same track without the pressure of a competition?” Ten seconds after I made up my decision, every day after the breakfast I would have run on the island not only on the main road, I would have run heading towards any place I’d find interesting to explore without a specific reason, just cause I’d want to go there.
That was my only plan. 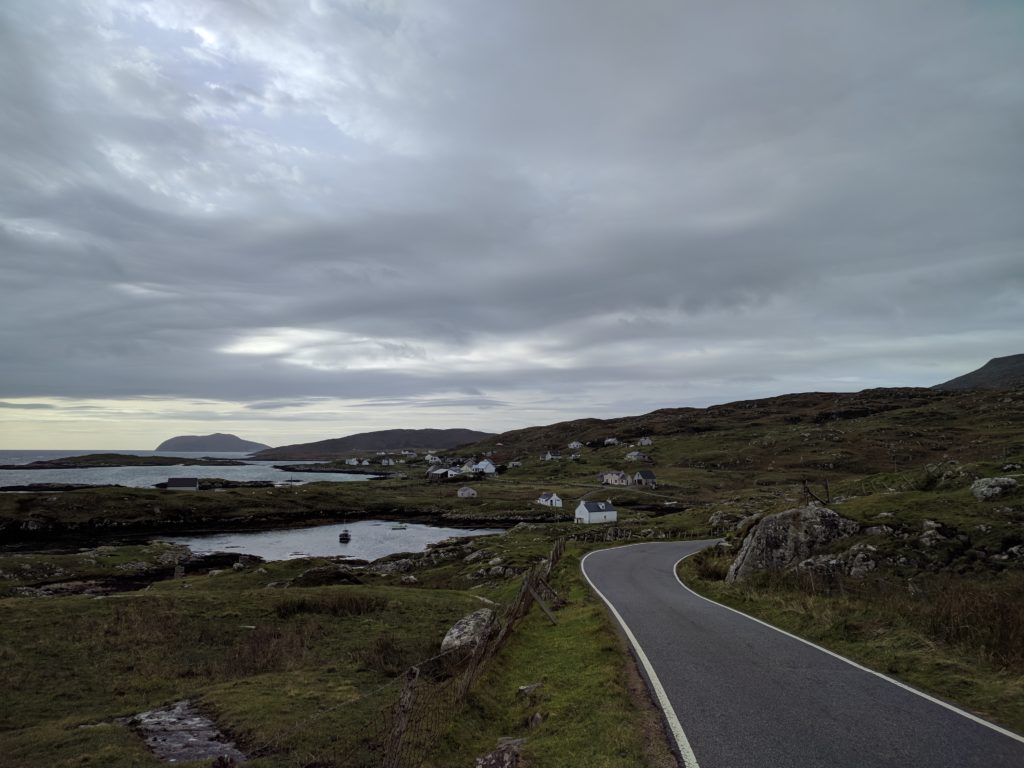 Every day I went out from the Castlebay Hotel with my backpack, some water, something to eat and no care about the weather or the wind or the cold, with only the pleasure to explore.
Usually I started to run on the main road but when I saw a beach or a strange rock on a peak or a little building I just deviate taking another direction and on Barra this is very easy cause there’s almost any place you cannot reach.

In the mid afternoon usually I was back at the hotel, after a good shower and half an hour rest I went out for a tea break in the near cafeteria where I tasted some of the best cakes I ever tried 🙂
The rest of the afternoon, just a bit of walking and reading until dinner time when the restaurant in the hotel give me some tough times but in a good way, delicious meals, was not able to contain myself 😀
I made an average of 28 km a day running, but this is not the point, the point is that there were some moments where the time stopped, around you there’s nothing besides the sea, the wind is blowing and the sea speaks to yourself and you’re truly happy just because you are there, you are living.
Thank you Barra, I’ll bring you always with me. 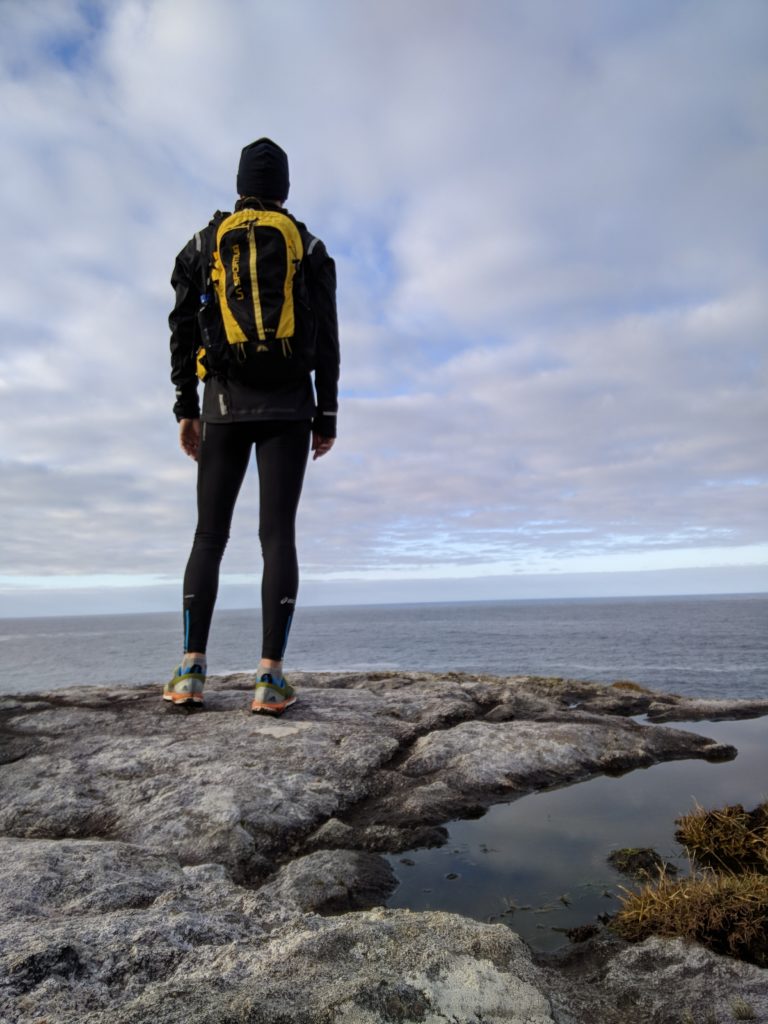