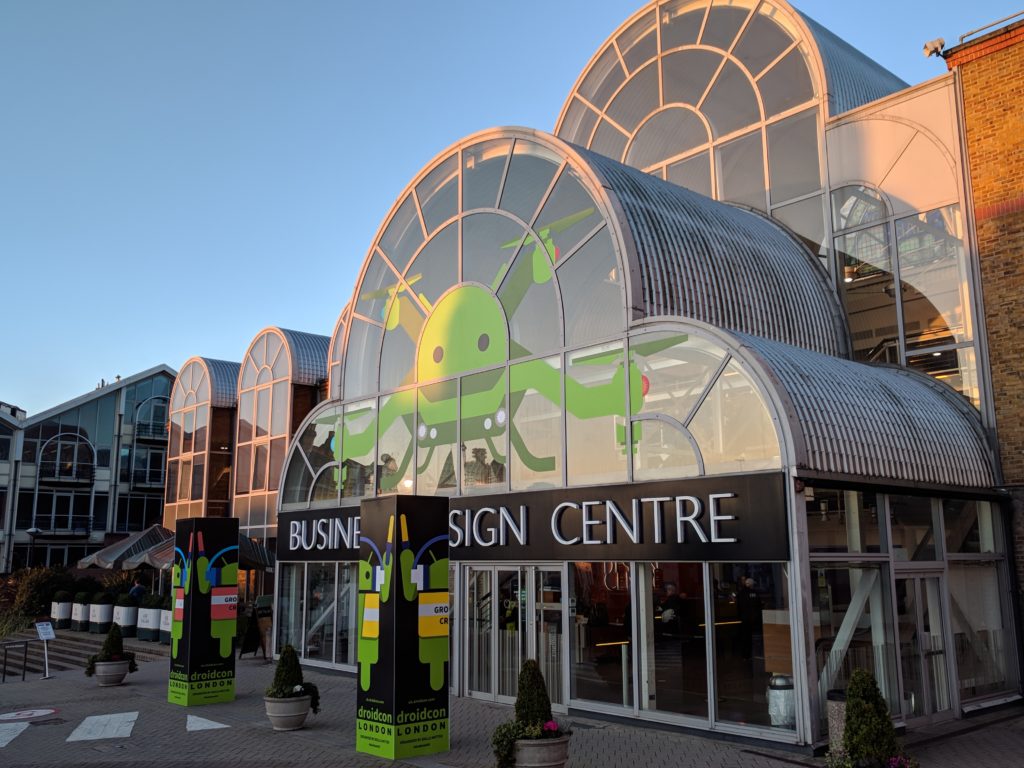 This is my first Droidcon in London, before I had been at Droidcon in Italy so I feel safe to say that this one is probably the most famous/important android conference that I attended so far … but the real question is, does it worth it?

Now keep in mind that this is just a personal opinion, so there’s no absolute truth in it, experience may vary from person to person overall there are some points that are undoubtedly, unquestionable facts, ergo there’s anything to argue about them, cause they are well … facts 🙂

Let’s start to examine every single main aspects starting from

Location
London, a pulsing heart at 180 bpm for 365 days per year, as soon as you reach Victoria Station (I landed in London Gatwick airport) you feel it immediately, you cannot go upstream, you just have to abandon yourself and let the city embrace you with all the vibrant lights, people, traffic, shops and smells, you can try to just focus on one thing at the time but the amount of stimulation you get is so massive that is almost impossible to dissect every single aspect, you simply can’t, your brain is overflowed!
The conference is hosted in the Business Design Center, a very big place but not huge, I decided to reach it by walk from Victoria station (about 5 miles) cause the route allowed me to appreciate more slowly London 🙂
The BDC as far has I seen isn’t just used to host only conferences but is also a permanent place for some offices/shops/studio/whatever, for the Droidcon there was 5 rooms (gates) with decreasing space starting from the biggest one, the G1. 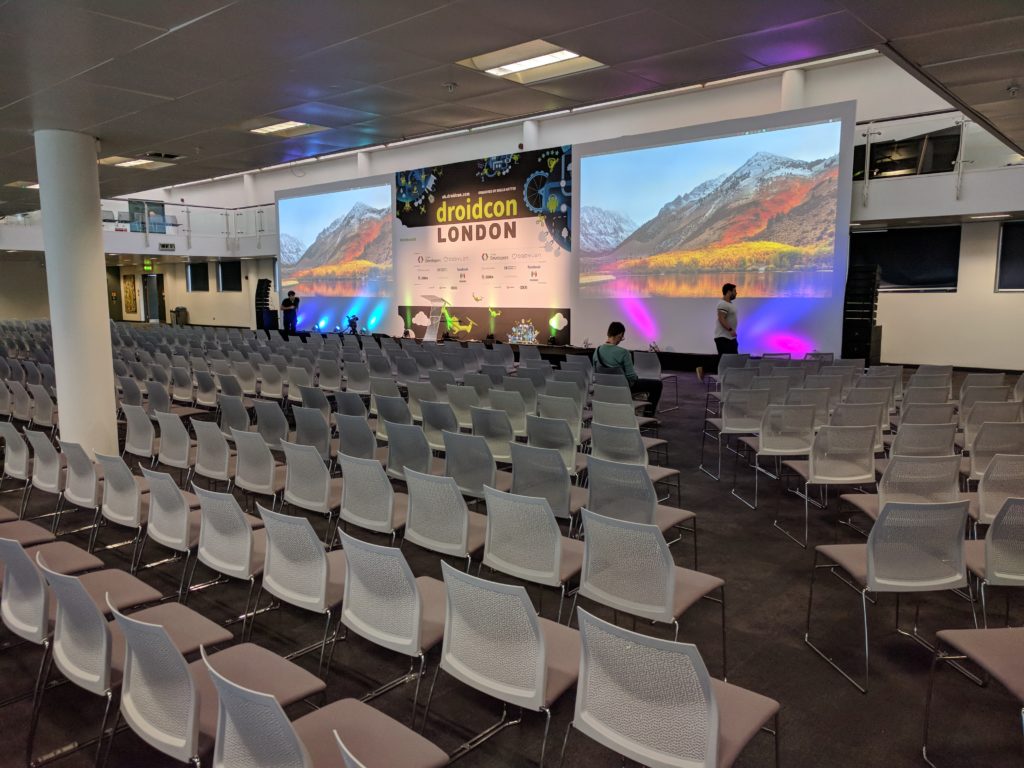 The main entrance area outside has been used as a space for registration, expositors, sponsors, food area, drone area (yes you read it right) and my favourite one… ping pong tables! 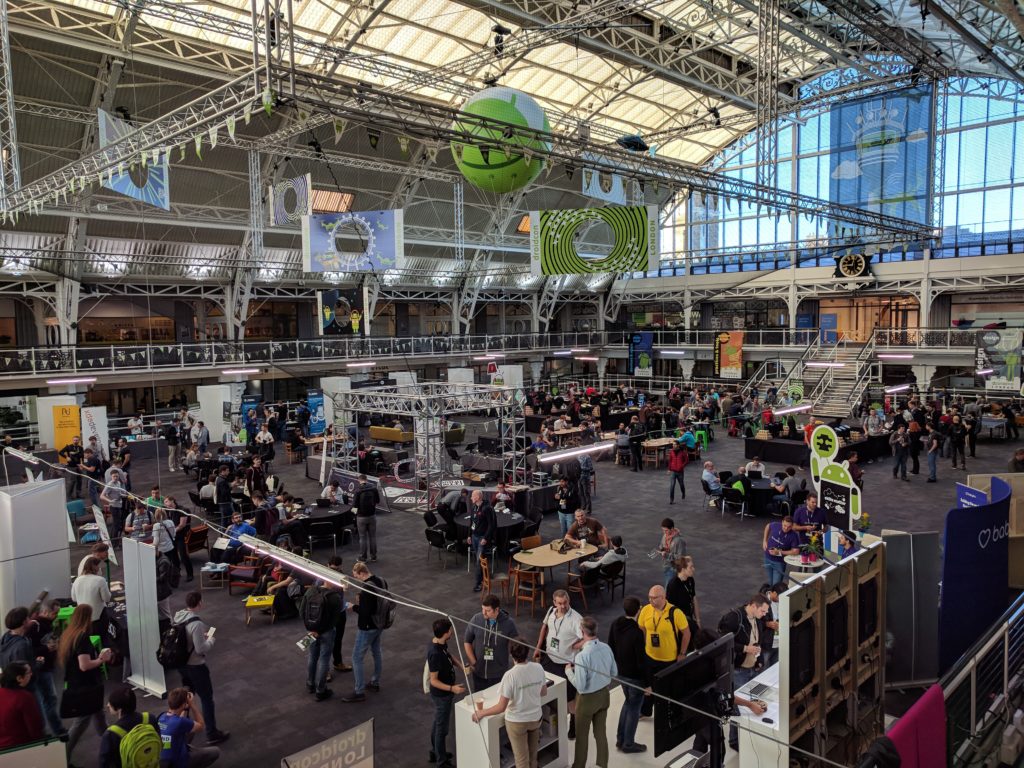 Talks
The Droidcon span over 2 days (for the talks), every day has an opening keynote and a closing keynote aimed to every developer and between them you can choose whatever talk you feel more interesting, stimulating 😉
Here the talks I chose to attend:

Overall all the talks were interesting, clearly some of them impress me more but the quality was pretty high, congrats to all the speakers!!

Honourable mention
Please take 20 mins of your time to watch out the The Baddest Android Advice talk, believe me it worth it from any point of view 🙂

The first day closed officially with a party, that means music, beer and drinks, was a nice moment for talk and relax with others developers and play ping pong 🙂
A side note for the organiser (if anyone is ever going to read these lines) please bring more food!!! Developers are always hungry by definition … I’ve seen storm of people attacking anything edible 🙂

Second day was pretty similar to the first one, lot of interesting talks and one in particular was so amazing, I hoped Google releases a new uber language for general purpose, something that could improve every aspect in our life, and yes Chet Haase and Romain Guy presented F.A.R.T. , please watch out the video and prepare yourself for the language of the future!

Honourable mention
The closing keynote was held by Jack Warthon a guy that doesn’t need to be presented cause he infests our .gradle library section 😉
The talk entitled “Sinking your teeth into bytecode” was not properly a light session, particularly after a 2 days non-stop, nonetheless was very interesting cause emphasise the fact that it’s always a good thing to dig a bit and find out what’s happen under the hood after the compiler generate the bytecode, I highly recommend you to take a look.

Overall organisation
Organise a congress like this it’s not an easy task, I really appreciate the work that the guys from skills matter have done, my only concern is that there was no official app for this congress and it’s a bummer cause as a developer and as user I take for granted an app for the most important android conference in EU.
An app could ease checking in which room the talk is going to be (room number changed dynamically accordingly to the interest expressed from the participants the day before) also could simplify the evaluation of a talk (why use a different coloured post-it right just outside the room)  and much more …
That said I’m sure next year will be an even better conference and some aspects will be refined and improved, I’m so sure about it that I’ve bought the ticket for the Droidcon 2018 the day after!

Final considerations
Droidcon in London is not cheap, hotels are expensive, the ticket for the conference is expensive (when is full price), the food and the travel for reach London are probably the cheapest things you’re going to have if you decide to attend.
All the videos are uploaded online one or two days after the end of the event so probably you’re wandering why spend a non indifferent amount of money for this … good question.
First of all if you plan in advance everything, all the expenses are going to be much more reasonable (e.g. the super early ticket cost 95 pounds) but I think, and I’m sure I’m not the first one writing down this, the thing you can get from any android conference and in particular from this one, is the possibility to get in touch with some of the best android developer out there, talk with them, ask questions, make relationship, find new friends, get in touch with some cool and big companies searching for developers, learn during the workshop (that I miss for another reason) and much more… all the things that a physical human relationships can give you but a virtual one cannot.
You have to establish how much this kind of thing worth, for me is priceless.
Hope this brief description could be helpful to any android developer that for a reason or another hasn’t ever participate to any Android conference around the world, in particular to this one in London, if you have questions please let me know in the meantime I hope to see you next year at the Droidcon UK 2018! 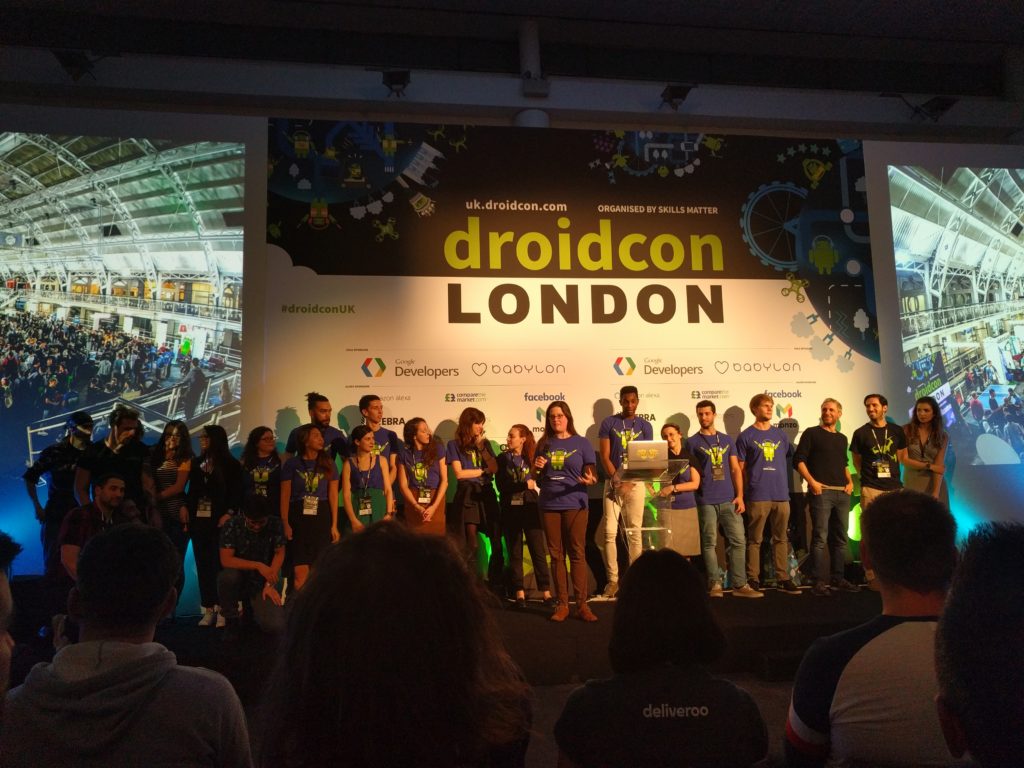